If I Could Just Get My Team To… 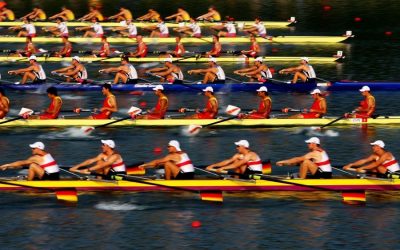 If I could just get my team to… is the start of many of my client conversations.  The sentence normally ends with things like, get along, talk to each other or work together.  Interestingly, it’s rarely “deliver”, or “work faster” – it’s always the dynamics of the relationships that are causing the most stress.  Bad team dynamics are more than a distraction, they affect your bottom line.

I recently worked with a company where the CEO defined an initiative to be implemented and said, go.  Behind the scenes, the executive team was bickering about how it was going to get done, who was taking the lead, and whose team was on first.  Guess what – it just didn’t happen.

Executive teams are interesting beings.  There is an unwritten notion of a team, but often, the team members have forgotten that the first team they belong to is the executive team, and not to the team of people who report into them.  Don’t get me wrong, the team that reports to you is important, and you should support them, but not at the expense of the executive team – because the executive team is what is driving this ship forward.

Here are a few key steps to take to address this.

And finally, know when to seek help.  What I outlined here is just the tip of the iceberg.  Your team is vitally important to the success of your organization.  Let EXTEND help you create regatta-ready crew so you can get back to your job — and your team can deliver better results, more efficiently.  www.extendcoach.com